Branding isn’t about inventing something new, it’s about discovering what’s already there.

The company’s founders, their intent and enthusiasm, and some deep rooted guiding principles remain an integral part of its identity. The constantly evolving and fast changing pace of business can affect its positioning.

We tried capturing SEW’s core identity looking to the company’s values, culture, history and plans. We also considered the following points the happenings that were impacting brand SEW at the time: 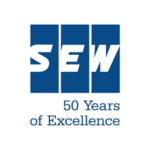 It became imperative that our video would attach meaning and strategy to the abstract logo, facilitate its interpretation, and communicate the larger brand it represents.

How will the new initiatives be shaping its future?

How is this influencing the values, behaviours, attitudes, and the way employees feel about SEW?

What were the perceptions of outside world about SEW?

In response to the last question, an opinion, remark, or mention that we repeatedly came across in relation to SEW was “execution capabilities”.

In an industry notorious for never-ending projects and inordinate delays, maintaining a respectable track record for completion of work in the given time, despite bizarre conditions and complications, is a huge distinction.

Are SEW’s vision and culture well aligned with its image, of having ‘superior execution capability’?

Weaving these multifarious threads together builds up the story of SEW.

It takes viewers behind the scenes of projects located across the country. Shows the next big challenge that SEW is trying to solve; the variety of expertise and disciplines involved; and the actual people making it all happen.

We rounded off the story by connecting SEW’s past to its future, the exciting possibilities arising from its well-grounded experience. Tagline describes the company’s positioning in mathematical language, to reflect its preoccupation with engineering works, and how the whole thing is built around excellence.